The Best of Adam Sharp by Graeme Simsion – spoiler free! – this book is an ebook ARC from NetGalley 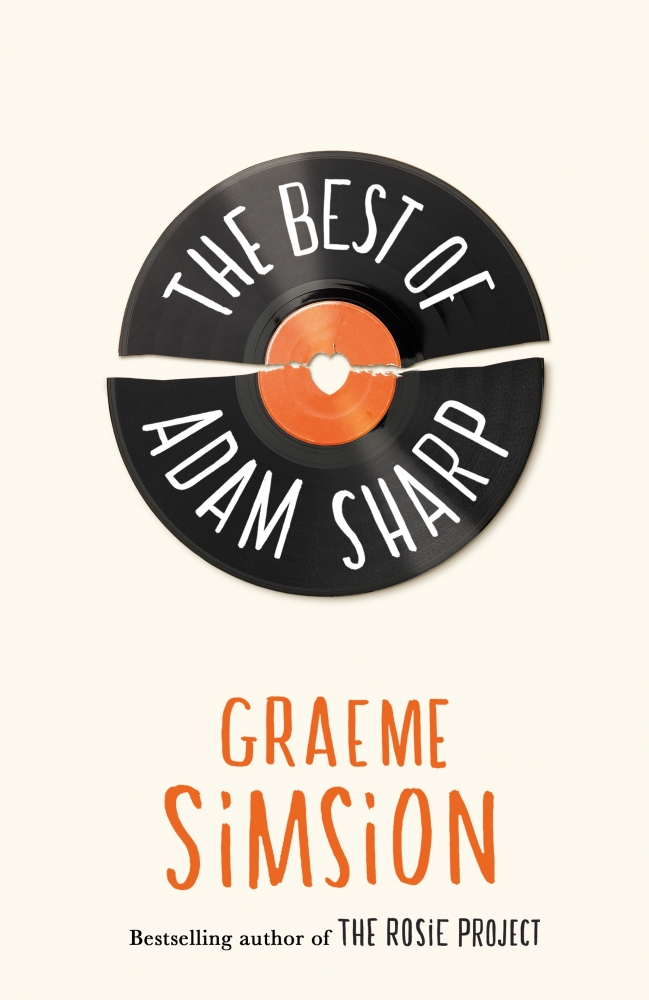 I read The Rosie Project not too long ago, which left me incredibly excited for Simsion’s latest novel. I could see parallels to that book in almost every line of the story – Adam’s life is very linear at the beginning of the story, much like Don’s in The Rosie Project. He has a whirlwind romance with a beautiful actress called Angelina, again much like Rosie’s relationship with Don, although theirs is a lot more long-lived.

There are very clear differences, though – such as Adam having his life a whole lot more sorted than Don ever did, and Angelina is less of a manic pixie dream girl, and more a very spoilt but loveable girl.

Angelina and Adam met twenty-two years ago in Australia, tied to a horrific boyfriend and a slowly declining loss of purpose in life, respectively. There’s a lovely soundtrack to this book, with so many songs that perfectly epitomise every situation that Adam finds himself in. Heartbreak, loss, happiness, love, everything’s captured in a song.

Music plays a major role in the story for more than this reason, too. Adam’s a piano player in the evenings, and that’s how he initially meets Angelina, an actress in a local television show. I loved the idea of this chance meeting being facilitated by music, especially when the songs serve as a reminder of his lost love as Adam gets on with his life, and Angelina gets on with hers.

Angelina and Adam both find other partners – Chris, who got on my nerves from the very beginning, although slightly redeeming himself towards the end as I got more and more sympathetic towards him as he’s ignored more and more by his wife. And Claire, who we never seem to meet properly, but is a whole lot more likable than Chris. She’s described as small and cute, and it made me incredibly frustrated as to how Adam just simply couldn’t find a way to get over Angelina and pursue a life with Claire, who’s right there with him.

I loved Simsion’s writing style in The Rosie Project and it really carried through well to here, I felt myself falling more and more in love with Adam and Angelina’s relationship with every single page, dysfunctional and doomed as it is. He also endeared me to all the characters, albeit through time, which is something I don’t find many authors can do. It’s eloquent, well thought out and perfectly paced.

One thing I do hope is that there isn’t a sequel to this. It ended as it should do, with nothing more to say or do. Everything was wrapped up nicely, sorted and tied up with a bow. A sequel would really spoil that, and in this instance is completely and utterly unneeded.

4.5 stars from me – I’d love to have less obvious similarity to The Rosie Project, but I fell in love with this book from the very first page.